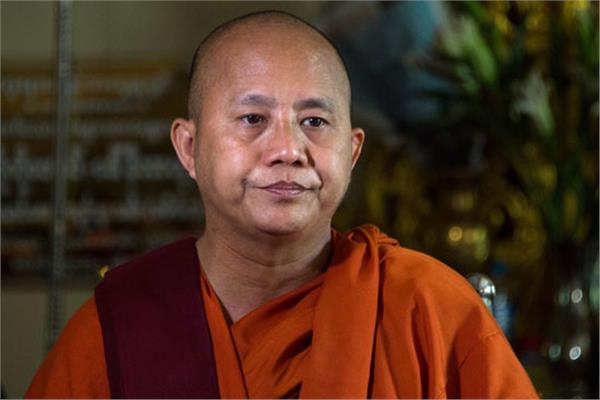 Myanmar’s military council announced today, Monday, September 7, that it has released an anti-Muslim Buddhist priest who was imprisoned by the government of Aung San Suu Kyi on charges of sedition.

A statement issued by the council said that Achin Wirathu, who was described by Time magazine as “Buddhist bin Laden” for his role in fomenting religious hatred in Myanmar, has been released after all charges against him were dropped.

The statement added that “he is receiving treatment in a military hospital,” without giving any details about the reason for his transfer to the hospital.

The 53-year-old priest has long been known for his pro-military and anti-Muslim nationalist rhetoric, especially the Rohingya Muslim community, the majority of whom do not hold Myanmar citizenship.

He was banned by the highest Buddhist authority in Myanmar from religious preaching for a year in 2017, because of the insults he uttered, but after the ban ended, he returned again to participate in the nationalist demonstrations that he was using to accuse the government of corruption.

The religious preacher also faced accusations of trying to foment “hate” and “discontent” against the then Suu Kyi government.

Corona today: 6 symptoms that may last forever .. and a device that detects the virus in 27 minutes

Corona today: 6 symptoms that may last forever .. and a device that detects the virus in 27 minutes