Girls are beaten by the “Taliban” elements | Video 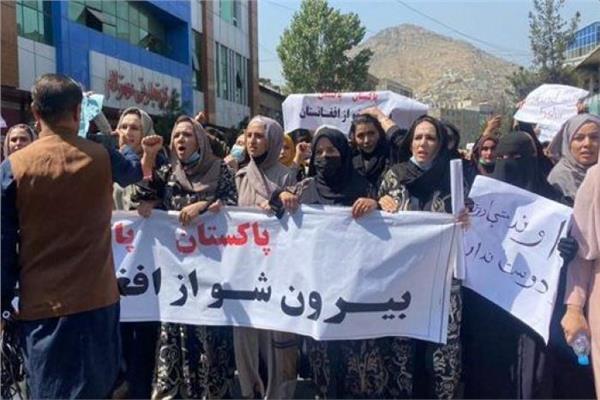 Protests were organized today, Tuesday, September 7, in the Afghan capital, Kabul, denouncing Pakistan’s role in the country. They headed to the presidential palace, while shooting was heard coinciding with the protests.

The demonstrators chanted slogans and carried banners rejecting the existence of what they described as “a government appointed and supported by Pakistan”, calling for Pakistan to leave the country.
It is noteworthy that with the withdrawal of foreign forces, the “Taliban” movement was able to control the Afghan capital, Kabul, without much resistance from the Afghan army on August 15, 2021, after the successive fall of the Afghan provinces to the movement, and its fighters managed to enter the presidential palace in Kabul after President Ashraf fled Ghani to the UAE, which said it hosted him for “humanitarian reasons”.
Read also: Taliban: We will not accept conditional humanitarian aid