Egyptian-Korean talks to strengthen economic partnership between the two countries

In a statement today, Tuesday, the minister indicated the Egyptian government’s keenness to benefit from the Korean expertise and transfer it to the Egyptian industry, especially in the field of technological industries in which Korea has great competitive expertise and advantages.

This came during a session of talks held by the Minister via video conference technology with Han Koo Yu, Minister of Commerce of the State of South Korea, to discuss ways to enhance economic and trade relations between the two countries during the next stage. Dr. Ahmed Maghawry, Head of Commercial Representation, participated in the meeting.

The minister said that the meeting dealt with the importance of advancing the process of cooperation between the two countries and giving a great impetus to the movement of trade exchange and joint investment cooperation, pointing out that a study is currently underway to form a joint working group from the ministries of commerce in the two countries to discuss strengthening the trade and economic partnership between Egypt and South Korea.

Gamea added that the Egyptian government is looking forward to deepening cooperation and exchanging experiences with South Korea and establishing new development projects with the Korean side, which would contribute to a breakthrough in the level of joint economic relations.

The minister pointed out that the discussions also dealt with the importance of facilitating the access of Egyptian agricultural exports to the Korean market (oranges), especially in light of Egypt’s commitment to all international health requirements and standards, which has made Egyptian exports very popular in many foreign markets, especially the markets of the European Union, China and Japan.

Gamea indicated that the volume of trade exchange between Egypt and South Korea amounted during the first half of this year to one billion and 51 million dollars, compared to 795.6 million dollars during the same period in 2020, an increase of 32.2%.

Egyptian exports to the Korean market also increased by 11.3 percent, reaching 247 million dollars, compared to 222 million dollars during the same period last year, according to the minister.
She added that Korean investments in Egypt amounted to about $570 million in 181 projects in the fields of industry, services, construction, communications, information technology, tourism and agriculture.

South Korea’s Minister of Commerce Han Koo Yoo stated that his country is keen to strengthen bilateral relations with Egypt as it is South Korea’s main economic partner in the Middle East and North Africa.

He pointed out that the Korean government is confident in the performance of the Egyptian economy, which achieved an economic growth rate of 3.6% during the year 2020, despite the repercussions of the spread of the new Corona virus pandemic at the global level, which contributed to reducing growth rates in a large number of developed countries.

He added that there is close cooperation and coordination between Korean companies and the Egyptian side in many fields, especially the technological fields, pointing out in this context to the agreement signed by a major Korean company with the Egyptian Ministry of Education to manufacture portable computers (tablets) for Egyptian students, as well as the establishment of the Egyptian University of Technology. Korean Beni Suef. 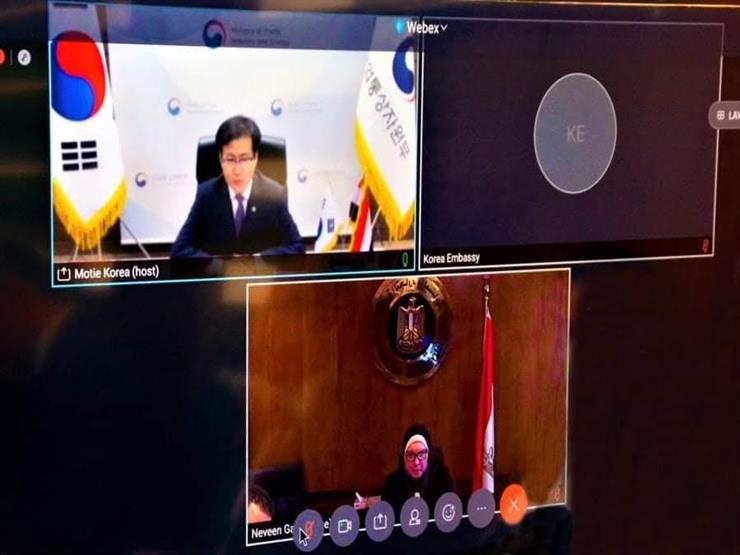 A stern letter to the CEO who left four years ago

A stern letter to the CEO who left four years ago