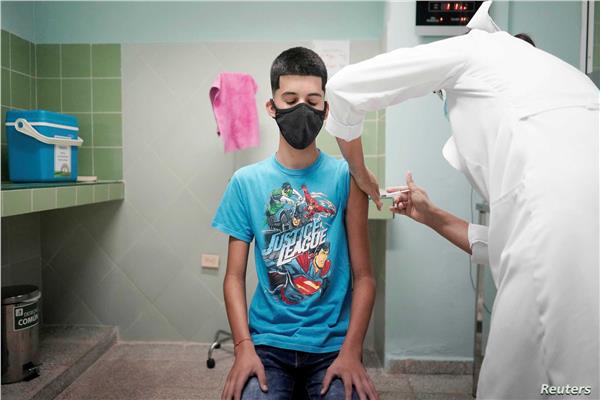 Cuba has become the first country in the world to vaccinate children over the age of two against the Covid-19 virus, using two homemade vaccines not recognized by the World Health Organization.

The communist island of 11.2 million aims to vaccinate all its children before reopening its schools, which have been closed almost continuously since March 2020.

The new school year began in Cuba last Monday, but from homes through educational television programs because the Internet service is not available in most homes.

After completing clinical trials on minors with the Abdallah and Sopirana vaccines, Cuba began its campaign to vaccinate children on Friday, starting with those over 12 years of age.

The vaccination campaign for the age group of 2-11 years was launched in the state of Cienfuegos in the center of the country, last Monday.

Many other countries in the world vaccinate children over the age of 12, while some countries are conducting clinical trials on younger children.

Countries such as China, the United Arab Emirates and Venezuela have announced their intention to vaccinate young children, but Cuba is the first in the world to actually take such a step.

On Monday, Chile agreed to vaccinate children aged six to 12 with the Chinese Sinovac vaccine.

Cuban vaccines, the first to be developed in Latin America, have not been subject to international scientific review.

The Cuban vaccines are based on recombinant protein technology – the same technology used in the US Novavax and France’s Sanofi vaccines, which in turn are awaiting approval by the World Health Organization.

Unlike many other vaccines used against COVID-19, recombinant vaccines do not require refrigeration.

The majority of schools in Cuba have been closed since March 2020, and reopened for a few weeks at the end of last year before reopening in January.

The Cuban government announced that it will gradually reopen schools, in October and November, but only after all children are vaccinated.