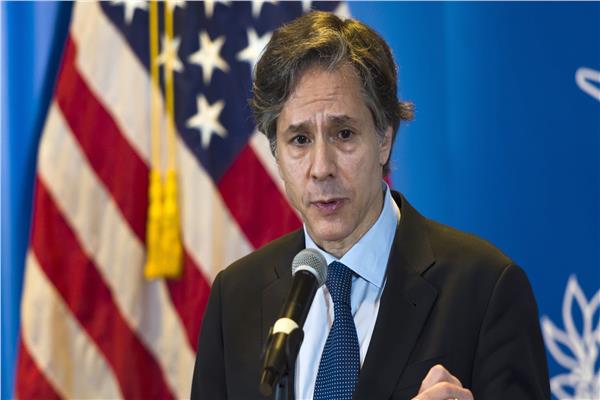 US Secretary of State Anthony Blinken confirmed Tuesday that the Taliban have pledged again to allow Afghans to leave freely.

Blinken said at a press conference in the Qatari capital, Doha, that the Taliban had informed the United States “that they would allow people with travel documents to leave freely,” noting that his country would work to ensure that the movement fulfilled its pledge.
“The entire international community looks to the Taliban to honor this pledge,” Blinken said.

A senior US official had announced on Monday, before Blinken’s arrival in Doha, that four Americans had left Afghanistan by land as part of deportations arranged by the United States for the first time since its withdrawal.

He added that the Taliban was aware of this and “did not prevent” them from leaving, without mentioning which border countries these Americans entered.

But NGOs say there are about 600 to 1,300 people – including girls and US citizens – stranded at Mazar-i-Sharif airport in northern Afghanistan.

During his meeting with the Emir of Qatar, Blinken thanked his host for the “exceptional support provided by Qatar in facilitating the safe passage of US citizens, our partners, and other vulnerable Afghans” during the chaotic and hastily organized US military evacuations from Kabul Airport, according to the US State Department. .

The wealthy Gulf emirate, thanks to its proximity to the Taliban, plays a major role in the current priority of Washington and a number of Western countries, which is the expulsion of citizens of these countries who are still trapped in Afghanistan, along with many Afghans who want to flee.

8 signs that indicate a lack of vitamins in your body .. the most prominent of which are mouth ulcers

8 signs that indicate a lack of vitamins in your body .. the most prominent of which are mouth ulcers