America: We will protect abortion clinics in Texas from “attack and violence of extremists” 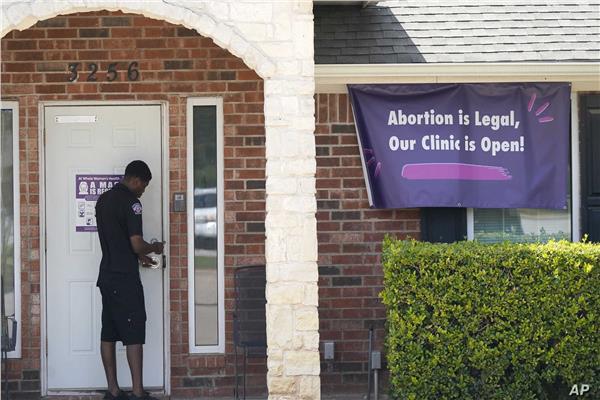 The US Department of Justice has promised to use its federal powers to protect clinics that perform abortions in Texas, the southern state that recently passed a law imposing severe restrictions on voluntary termination of pregnancy.

Attorney General Merrick Garland said in a statement that his department “will provide support through federal law enforcement when an abortion clinic or reproductive health center is attacked,” noting that abortion clinics have faced attacks and violence from some extremists.

He added that the department had previously “communicated” with prosecutors and FBI field offices in Texas to discuss ways to implement this order.

In his statement, the minister stressed that the ministry “will not tolerate any violence against those who seek to obtain or provide reproductive health services, nor with those who cause property damage in violation of the FIS law.”

The word “Face” is an acronym for “Free Access to Clinic Entrances,” a federal law that prohibits any form of violence against the exercise of the right to abortion.

In addition to Vice, the administration of President Joe Biden is looking for judicial means to challenge the Texas law that the Supreme Court refused to stay.

The Supreme Court’s decision dealt a major blow to advocates of the right to abortion.

A Texas law prohibits abortion once a fetal heartbeat can be monitored, which is usually available at the sixth week of pregnancy, but most women may not be aware that they are pregnant at this time.

In the video.. Behind the scenes of the escape of Palestinian prisoners and the story of the rusty spoon that defeated the security of Tel Aviv