US official: US forces will soon return to Afghanistan 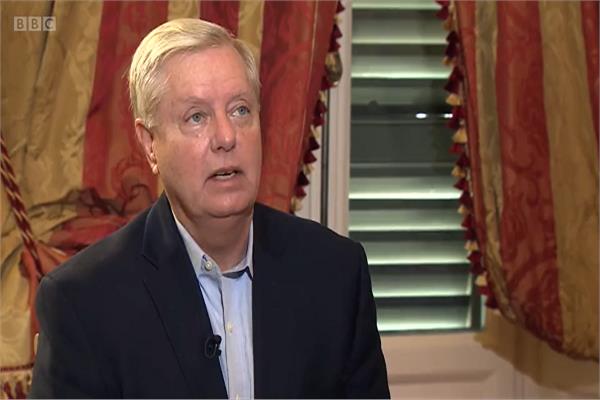 The US Republican Senator Lindsey Graham , in an interview with the BBC, that the United States will return to Afghanistan in the future.

The US senator explained: We will have to because the terrorist threat will be very great, after nearly two decades, the United States withdrew all its forces from Afghanistan, hardly after days, the entire nation fell into the hands of the Taliban.

She asks the American official: Why did we go back to Iraq and Syria?! Because the caliphate is rising again and extending beyond Iraq and Syria, killing the Americans and the French, and attacking the British.

Graham stressed: This would be a situation conducive to the spread of extremist Islamic behavior, so we cannot deal with that from a distance.
The Republican senator suggested that the US administration help the resistance in Panjshir, because the Taliban will not be able to run Afghanistan because of the Afghans’ hatred of it.

And Lindsey added: ISIS will attack the Taliban, and the country will collapse completely during the next year, which will create an opportunity to attack the interests of the West, which leaves you with one of two options, either you say it is not your problem and let the situation escalate, or you preemptively strike them before they hit you.

Since seizing power, the Taliban have sought to recast themselves as different from their incarnation in the 1990s, when they last ruled the country and imposed repressive restrictions across society, denying women and girls work and education, men forced to grow beards, and television and music banned.

Now the world is waiting to see the face of the new government, and many Afghans remain skeptical.

In the weeks since they took power, the signals have been mixed: civil servants, including women, were asked to return to work, but some women were later ordered home by lower-ranking Taliban.

Universities and schools were ordered to open, but fear kept students and teachers away.