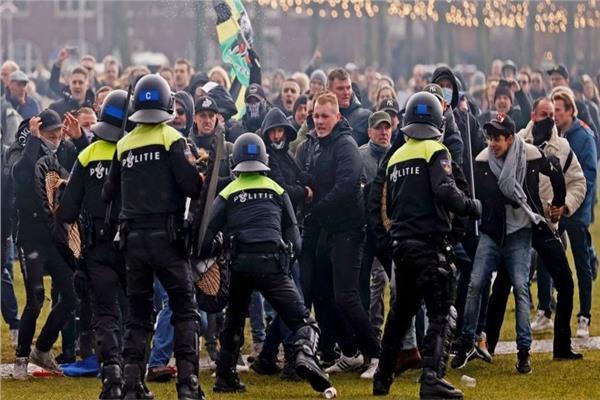 Thousands of people took to the streets of Amsterdam on Sunday, protesting the restrictions of COVID-19, in a march in the Dutch capital, Amsterdam.

Demonstrators began gathering in the capital’s Dam Square, despite requests from the mayor’s office to distance, Dutch public radio NOS reported on its website. About 60 groups participated in the march.

Last August, the Netherlands announced that from September 20 the COVID-19 entry permit system will be used in restaurants, bars, cafes, events and cultural venues with more than 75 people present in a measure to ease restrictions.

When brushing your teeth, a sign that you are at risk of a heart attack

When brushing your teeth, a sign that you are at risk of a heart attack