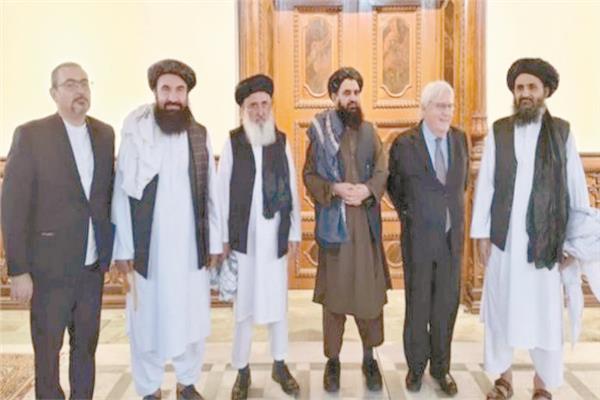 movement announced Taleban The war officially ended in Afghanistan after taking control of the state of Panjshir, and the movement published videos showing its control of a number of military helicopters, and said that the opposition forces in Panjshir left the area and fled.

Zabihullah Mujahid, a Taliban spokesman, said during a press conference in the capital: “With this victory and empowerment, our country has completely emerged from wars, and with God’s permission, Afghanistan will enjoy freedom, independence and prosperity, and its people will live in safety, prosperity and tranquility.” He explained that the security situation in the country is under control. The forces in military uniform will secure the capital, Kabul, and he pointed out that the previous day witnessed the arrest of 43 “thieves and rioters”, in addition to the arrest of more than 80 militants who had shot in the air two days ago.

The spokesman also stressed that the conditions at the crossings are normal, the banks are also working, and the exchange market has started to work, which will contribute to maintaining the value of the currency. Zabihullah said that the Taliban movement will allow demonstrations and protests to be organized in Afghanistan, as well as allow women to organize demonstrations.

Regarding the formation of the government, the spokesman said: “The government will be announced soon. There are some technical issues remaining, and what is being circulated about the existence of differences is not true,” adding that official invitations have been sent to officials of some countries, so that they attend the government announcement ceremony, and about the possibility of holding elections. In Afghanistan, he said, “there are no elections yet, and the next government will decide how the next process will go.”

The spokesman indicated that the movement’s supreme leader, Haibatullah Akhundzada, “will come to the public scene soon.”

Zabihullah called on the international community to help rebuild Afghanistan and support the Afghan people, while rejecting conditional aid from any other party. He praised China’s support, saying: “We consider China’s support a positive step, and we expect China to recognize the new government.”

In a related context, the movement announced that senior Taliban officials, including the head of the political bureau, Mullah Abdul Ghani Baradar, met in Kabul with Martin Griffiths, the United Nations Under-Secretary-General for Humanitarian Affairs, who pledged to continue providing assistance to the Afghan people, while the country faces a catastrophic humanitarian crisis. Due to severe drought and the collapse of the economy.

Watch out.. 10 signs and symptoms that indicate a lack of minerals in your body

Watch out.. 10 signs and symptoms that indicate a lack of minerals in your body