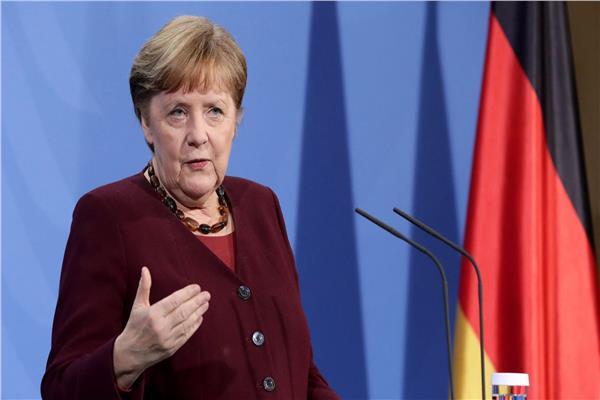 Today, Monday, September 6, Taliban spokesman Zabihullah Mujahid issued an official invitation to German Chancellor Angela Merkel to visit Afghanistan, after the latter expressed openness to dialogue with the group.
“We spoke with German representatives and their special envoy visited our political office in Doha, I am sure that they conveyed our message to Ms. Merkel,” Mujahid said in an interview with the German newspaper “Bild”.
“We want to create a completely safe environment here, in Afghanistan – an environment that will be accepted by all countries and in which heads of state and government believe in. You should visit us, we will warmly welcome Angela Merkel, and we will be very happy to see you.”

The spokesman added that the “Taliban” aims to establish official relations with Berlin.

“We would like Germany to support us and help us in the humanitarian field as much as possible, we also need help in health care, education and infrastructure, and we believe that the German government can help us,” he said.

It is noteworthy that with the withdrawal of foreign forces, the “Taliban” movement was able to control the Afghan capital, Kabul, without much resistance from the Afghan army on August 15, 2021, after the successive fall of the Afghan provinces to the movement, and its fighters managed to enter the presidential palace in Kabul after President Ashraf fled Ghani to the UAE, which said it hosted him for “humanitarian reasons”.

Read also: Ghada Wali before the women parliamentarians: There is a need to intensify efforts to empower women around the world

A source reveals to “Masrawy”: Why did the Football Association refuse to pay Al-Badri’s penalty clause?

A source reveals to “Masrawy”: Why did the Football Association refuse to pay Al-Badri’s penalty clause?