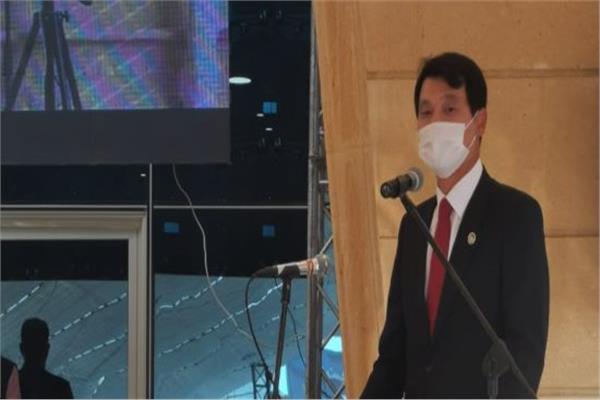 South Korean Ambassador to Egypt Hong Jin Wook stressed the importance of public diplomacy in promoting exchange and mutual understanding between the Egyptian and Korean peoples for sustainable bilateral relations.

Jin Wook said – during the inauguration ceremony of digital ambassadors between Egypt and South Korea in a Cairo hotel, according to a statement by the Korean Embassy today (Monday) – that digital transformation affected all walks of life, especially in light of the Corona epidemic, which enhances the importance and role of digital ambassadors more than Ever to creatively cement the image of Korea and Korean culture in Egypt’s cyberspace.

The ambassador handed the certificates of appointment to the digital ambassadors, urging them to make efforts to strengthen bilateral relations between the two countries, as 15 digital ambassadors were chosen from among more than 3,000 people who applied to win this honorary position.

The main role of the digital ambassador between the two countries is to enhance the Egyptian people’s awareness and understanding of the Korean culture and the bilateral relations between Egypt and Korea by enriching their social media content such as Facebook, YouTube, Instagram, Twitter…etc.

Digital ambassadors will be invited to participate in various embassy events, as well as act as an advisory group for the activities of the embassy’s public diplomacy department.

What is the truth about the meeting of the UN High Commissioner for Human Rights with Algerian activists? – Sunrise Online