Republican leader in Congress: The Taliban prevented the take-off of 6 planes carrying Americans 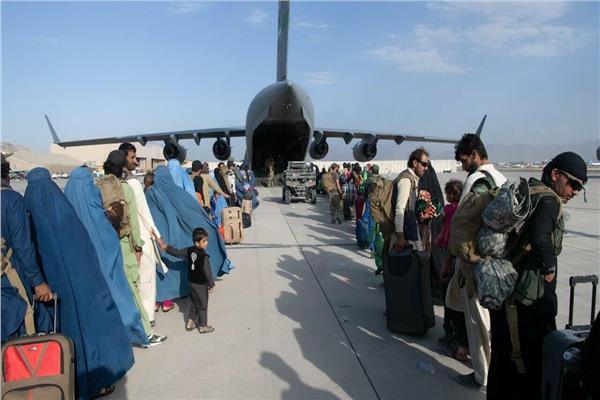 Today, Sunday, September 5, the leader of the US Congressional Republicans on the Foreign Relations Committee Michael McCaul criticized President Biden for the failed withdrawal from Afghanistan, saying he had “blood on his hands” for the 13 US service members killed in the Kabul airport explosion.

McCaul also confirmed that the Taliban prevented the Americans who were on board 6 planes at Mazar-i-Sharif International Airport from leaving Afghanistan while they were demanding the demands of the United States.

“I’ve said all along he had blood on his hands, and this week, last week, 13 soldiers and women came home, coffin flags draped at Dover Air Force Base,” McCall added on “Fox News Sunday.”

McCaul later recalled the mass killings of former Afghan government officials and former Afghan defense forces, saying retaliation against those who helped the US military was “cruel”.

“The revenge has been cruel,” McCall said. “You have stories of having interpreters taken into their families and watching their wives and families be beheaded, and executed before the interpreter is executed. This is not a new and improved Taliban.” This is the same old Taliban. They are going back to the same brutal practices.

The Texas Republican continued to criticize the Biden administration for stranding more than 250 orphaned Afghan girls at the Afghan National Conservatory of Music, saying that “the US government will not open the door to let them in.”

“They’re back now and they’re now under Taliban slavery, and we know they marry young women as young as 12 or 14 times,” McCall said. “It’s a very sick culture and they treat women like property. I worry about women being left behind too.”

And the US Department of Defense announced Thursday, August 12, that it will send 3,000 additional soldiers on a temporary mission to Afghanistan to help secure the withdrawal of members of the US diplomatic mission from the US embassy in Kabul.

Pentagon spokesman John Kirby said that the first batch of troops will arrive within 24 to 48 hours, noting that the US military will transfer embassy staff to Kabul airport by air.

The spokesman added that the United States will transfer 1,000 individuals to Qatar to be there to review immigrant visa applications for Afghans wishing to leave their country for fear of Taliban retaliation for their assistance to Washington during the American presence in Afghanistan.

The US military announced that it had accomplished “more than 90%” of its military withdrawal from Afghanistan, which began in May.