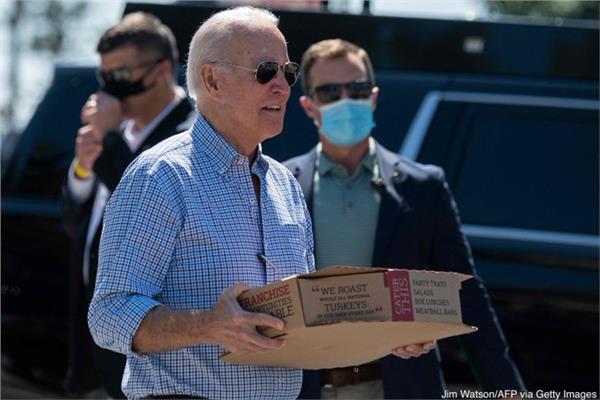 Biden, dressed in casual clothes and sunglasses, got out of his sports car, clutching boxes of sandwiches.
Read also|Preliminary investigations reveal details of the escape of Palestinian prisoners from Gilboa Prison
Biden placed the boxes on a table alongside other foods at an event hosted by one of the 313 Local Electricity Workers’ Union Associations in New Castle, Delaware.

He shook hands and spoke with a group of men, and after several minutes of chatting with union members, Biden told them, “Come on, let’s go get something to eat.” He also spoke on the phone with the mother of a union member, telling her that he had been with the union since he was first elected to public office in the early 1970s.

“I just wanted to say hi,” Biden said before the call ended.

News – Mujahid and writer Judy Otoumi in the protection of God

Al-Hawi’s return to Al-Ahly .. When Al-Badri started from scratch to fulfill his mother’s wish (Profile)

Al-Hawi’s return to Al-Ahly .. When Al-Badri started from scratch to fulfill his mother’s wish (Profile)