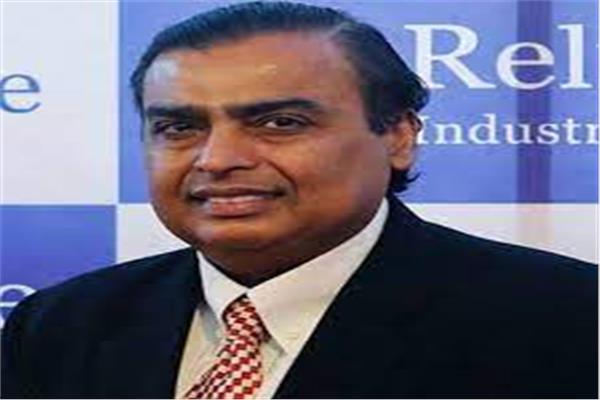 The clean energy sector raised the fortune of the Indian billionaire, Mukesh Ambani, to reach $92.6 billion, after the rise of his company’s shares, adding an estimated net profit of $3.7 billion to enter the club of wealthy people exceeding $100 billion, and he is close to achieving the wealth of the richest man in Asia, and he is approaching From Françoise Bettencourt-Myers of L’Oreal, who has a net worth of $92.9 billion.

The Indian billionaire, Mukesh Ambani, earlier revealed a plan to invest $10 billion in clean energy, as India aims to increase investments in the clean energy sector with a view to combating climate change.

Earlier, India plans to launch a massive infrastructure plan to support the economy with the aim of covering 100% of development projects, as a national infrastructure plan worth 100 trillion rupees 1.35 trillion will be launched called “Jati Shakti” to boost industrialization and employment.

The Indian Central Bank expects annual growth of 10.5%, while the International Monetary Fund points to 12.5%, which is the fastest growth at the level of major economies.

And the third largest economy in Asia achieved a growth rate of 1.6 percent after emerging from the first contraction in March, which is estimated at 7.3 percent in the fiscal year, which is the worst economic recession, since independence in 1947, and the closure damaged economic activity and made millions unemployed.

Two cases of Corona virus in the English Premier League