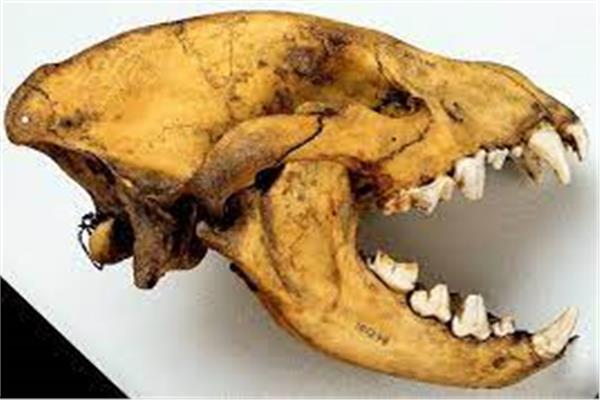 The media office of the Federal University of Crimea said that archaeologists found in Tavrida Cave, the skull of a giant hyena, and the bones of other animals.

The office added in a statement, that members of the scientific expedition of the university and the Russian Academy of Sciences discovered for the first time in Europe an almost complete skull of a fossil hyena of the Pachycrocuta type with the sword tusk of a feline cat.
Read also|Pakistan welcomes the Taliban’s desire to join the Chinese economic project

Researcher Dmitry Jimranov, from the Institute of Plant and Animal Ecology at the Ural Branch of the Russian Academy of Sciences, said that the hyena, which belongs to the discovered skull, occupies a middle evolutionary position between the late European hyenas and the older Asian hyenas. Thanks to this discovery, we will be able to determine the place of the ancient hyena of the Crimea in the evolution tree of the Eurasian hyena. The full saber-toothed tusk of the cat, which is about 10 centimeters long, will allow the correction of the list of saber-toothed predators in Eastern Europe in the early Pleistocene (1.8-0.8 million years ago).

According to him, archaeologists in Europe had not previously found a complete skull and teeth for such a hyena. Previously, a similar skull was found in Russia in the Trans-Baikal region, and two skulls in China.

7 foods that help treat pain naturally and protect against infections

7 foods that help treat pain naturally and protect against infections