Egypt calls on the parties in Guinea to show restraint 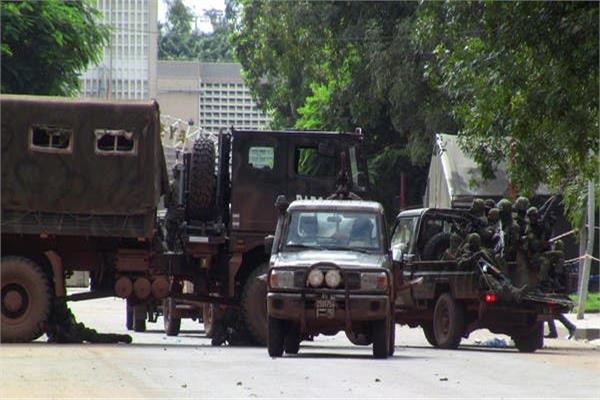 Today, Monday, June 6, Egypt called on all Guinean parties to exercise restraint and to abide by peaceful means and dialogue to settle the crisis to bring the country to safety.

In a statement, the Ministry of Foreign Affairs said, “Egypt confirms closely and with great interest the rapid developments taking place in the Republic of Guinea, and the dangerous turn that the current crisis has taken in the country.”

Read also: The European Union condemns the seizure of power by force in Guinea

The special forces officers who seized power in Guinea announced the closure of the country’s land borders and airspace, and imposed a curfew throughout its territory from eight in the evening until further notice.
And (France 24) news channel – in its French-language publication – reported this news, without giving further details on this matter.

This comes hours after Guinean Special Forces officers announced the arrest of President Alpha Conde and the control of the capital (Conakry), as well as the dissolution of state institutions as a result of a coup.

The Secretary-General of the United Nations, Antonio Guterres, had strongly condemned – in a tweet on the social networking site “Twitter” – “any seizure of power by force of arms” in Guinea, and called for the immediate release of President Alpha Conde, explaining that he is watching “closely”. The situation in Guinea.

It is noteworthy that France condemned, on Sunday evening, the attempt to seize power by force in Guinea, calling for the immediate and unconditional release of President Conde, according to a statement by the French Foreign Ministry, and announced that it had joined the call of the Economic Community of West African States (ECOWAS) to condemn the attempt to seize the country. Power by force and to demand a return to the constitutional order.

It is noteworthy that the United States of America condemned the events that occurred yesterday in the Guinean capital (Conakry), and the US State Department said in a statement that violence and any extra-constitutional measures will only lead to a decline in Guinea’s chances of peace, stability and prosperity.

Belmadi: Politics must be put in one direction… We are ready to beat Burkina Faso – Al Shorouk Online

Mido criticizes Mustafa Mohamed.. and confirms: Al-Badri’s departure is the best solution for the national team

Mido criticizes Mustafa Mohamed.. and confirms: Al-Badri's departure is the best solution for the national team