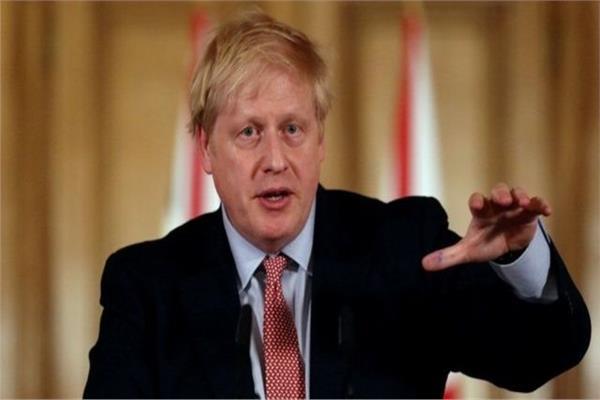 British Prime Minister Boris Johnson will address parliament on Monday on Britain’s withdrawal from Afghanistan, amid criticism of the handling of the evacuation and failure to predict how quickly the Taliban will overrun the country.

The United States and Britain withdrew from Afghanistan last month, and British Foreign Secretary Dominic Raab admitted that both countries had misjudged the Taliban’s ability to control.
Johnson faced harsh criticism from members of Parliament for intelligence and leadership failures in connection with the fall of Kabul, and he admitted that the US decision to withdraw left Britain with no choice but to withdraw its forces.
On Thursday, August 12, the US Department of Defense announced that it would send 3,000 additional soldiers on a temporary mission to Afghanistan to help secure the withdrawal of members of the US diplomatic mission from the US embassy in Kabul.

Pentagon spokesman John Kirby said that the first batch of troops was to arrive within 24 to 48 hours, noting that the US military would transfer embassy staff to Kabul Airport by air.

While US State Department spokesman Ned Price said Tuesday, August 17, that all US diplomats had been evacuated from Afghanistan.

The US military announced that it had accomplished “more than 90%” of its military withdrawal from Afghanistan, which began in May, after which the Taliban movement began to take control of the Afghan provinces, successively.
It is noteworthy that with the withdrawal of foreign forces, the “Taliban” movement was able to control the Afghan capital, Kabul, without much resistance from the Afghan army on August 15, 2021, after the successive fall of the Afghan provinces to the movement, and its fighters managed to enter the presidential palace in Kabul after President Ashraf fled Ghani to the UAE, which said it hosted him for “humanitarian reasons”.

Read also: The death of the German ambassador to China