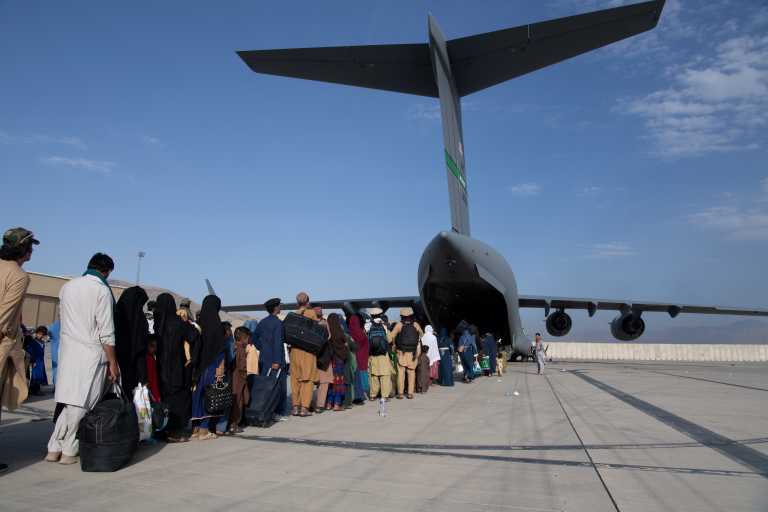 German investments seem to be welcomed by the Taliban, Germany’s objections to respect for human rights, especially to women, but also the demand for the safe withdrawal from Afghanistan of those who had worked with the country in recent years.

Germany, acting in agreement with the European Union, has set the stage for a diplomatic presence in Kabul again and to thaw development aid, urging the Afghan Taliban to respect human rights, especially those of women.

In particular, Taliban spokesman Zabihullah Mujahid said in an interview with Bild: “The German government could encourage its businessmen to come and invest in our country.”

He went on to say that in this way the Taliban could pave the way for investment and guarantee the security of companies.

Germany has maintained close ties with Afghanistan in the past and after the fall of the first Taliban government in 2001 held a conference in Bonn aimed at laying the foundations for a democratic Afghanistan.

The hardline Islamist group has sought to portray a more moderate figure this time around.

“We want to revive the friendly atmosphere between Afghans and Germans. “The next government will be based on a friendly relationship with Germany,” Mujahid said.

“We would like Germany to support us in the humanitarian field and we need help in the field of healthcare, education and infrastructure,” he added. He also said it would be a “great pleasure” for the Taliban to receive Chancellor Angela Merkel – who is expected to step down from her country’s leadership – for a visit to Afghanistan.

German citizens living in the country and Afghans who have worked with Germany in the past should not be afraid of the Taliban and there will be no problems, Mujahid said. Those who want to leave the country should follow the legal path, he added.

The German military helped evacuate more than 5,000 people from Kabul airport in late August, but thousands of former staff members and their families are still in Afghanistan. Berlin has promised to remove them.

Germany’s appointed ambassador to Kabul, Marcus Pozzel, is in talks with the Taliban in Doha to ensure a safe passage for them.

The article Afghanistan: Germany Demands Safe Departure of Citizens and the Taliban… German Investment was published in Fourals.com.

There are 34 IT officers in Sonali-Janata Bank