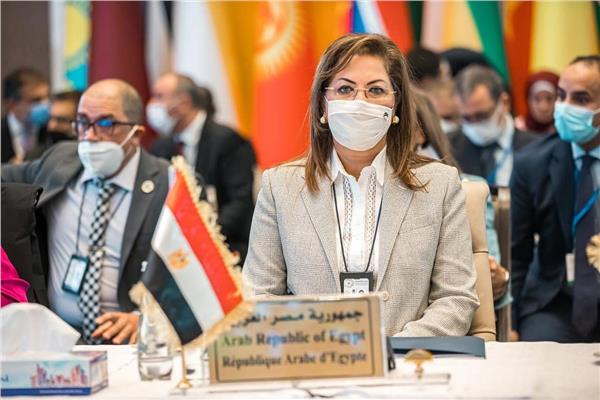 Dr. Hala Al-Saeed, Minister of Planning and Economic Development, and Governor of the Arab Republic of Egypt at the Islamic Development Bank Group participated in the side event “Sharia-compliant Green Finance”. During her speech, she reviewed the policies adopted by Egypt to facilitate the transition of government and private investment towards a green economy.

The minister also prompted the government to launch a “pricing tariff for renewable energy”, to encourage the private sector to invest in this important sector.

The activity of the Minister of Planning of Uzbekistan included participating in the Bank’s Governors Roundtable, where she confirmed that the Bank Group can play an important role in implementing the national development plans of member countries and in a way that contributes to promoting job creation for young people through the expansion of funds directed to the small, medium and micro enterprises sector , according to financial conditions appropriate to the nature of these projects, and in a manner that helps link these projects with major projects and enhances their position in local and international value chains, in light of the important role that this sector plays in creating decent and productive job opportunities, especially for youth and women, and its distinction by achieving high added value. Achieving spatial development and contributing to the regional balance of development.

The Bank Group can also play an important role in stimulating entrepreneurship and spreading a culture of self-employment among young people, and maximizing the benefit of the “Transformation” fund launched by the Bank to institutionalize its efforts to support science, innovation and entrepreneurship initiatives with a capital of $500 million.

Al-Badri on Salah’s position: It was not camouflage.. and that is the truth