US General: Most of the evacuees from Afghanistan were transferred to Europe and America 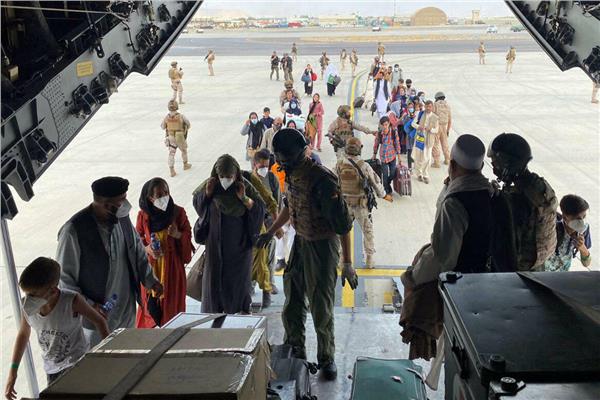 US General Gerald Donohue announced that United State Most of them were moved out of Afghanistan to Qatar, and some have been transferred to the United States while others are being dealt with in Europe.

General Donoghue told reporters that “less than 1,400 of the evacuees are still at Al Udeid base in Qatar, and many of them are scheduled to be moved from the base, while a small group will remain needing medical care until they can travel.”

“Al-Udeid base witnessed at one time the presence of more than 17,500 evacuees,” he added, noting that “nine children were born at the base during the evacuation mission.”

The United States evacuated nearly 124,000 people from Kabul last month as part of a huge US-led air bridge to transport its citizens, Afghans and other nationalities with the Taliban in control of Afghanistan.

Many of these, including people without documents or waiting to obtain a US visa, were evacuated through military bases in the Middle East, including the Al Udeid base in Doha, Qatar.

It was not clear how many were transferred to the United States and Europe, and an unspecified number also remains at a nearby base in Qatar.

After a difficult mission in Kabul that involved evacuating vulnerable Afghans, thousands now await, some without documents or pending US visa applications, and others with families with mixed immigration status, at “transit centers” in third countries.