The “National Resistance” in Panjshir: We killed 600 militants and captured a thousand more from the Taliban 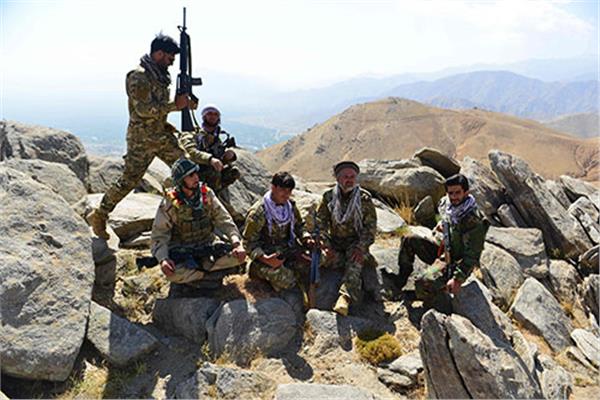 The National Resistance Front in the Afghan Panjshir said today, Saturday, that it had killed about 600 Taliban militants in separate areas of the province today, and captured more than a thousand other fighters.

“About 600 Taliban terrorists have been killed in separate areas of Panjshir since the morning…More than a thousand Taliban fighters have been captured or surrendered,” the front’s spokesman, Fahim Dashti, wrote on his Twitter account. The Taliban is having problems receiving supplies from other Afghan provinces.

The Panjshir Valley, northeast of Kabul, is the only area that the Taliban has been unable to control since seizing power in Afghanistan. It is the stronghold of the National Resistance Front against Taliban rule, led by Ahmed Masoud, son of Ahmed Shah Massoud, the leader of the northern front that ousted the Taliban. From ruling with US assistance in 2001, Amrullah Saleh, the former Afghan vice president, who declared himself president after President Ashraf Ghani fled last month.

He had announced Secretary-General of the United Nations, Antonio Guterres, that the organization will hold in Geneva on September 13 an international conference on Afghanistanto help avert a looming human catastrophe.

And via a tweet onTwitterGuterres stressed that he would seek a rapid increase in funding for humanitarian relief, adding: “We need the international community to stand together and support the Afghan people.”

Several aid agencies have warned that “many Afghans were struggling to feed their families amid a severe drought last month, while millions of them may now face starvation, in light of the state’s isolation and the collapse of the economy.” Advisers in the US Congress said that lawmakers will likely approve funding for the United Nations and its agencies providing humanitarian aid to Afghanistan, but not to provide money to the government of “Taleban».

In another context, the Taliban announced that Italy had promised to reopen its embassy in Kabul and send its diplomatic mission within the next few days. A spokesman for the movement said on Twitter: “The official for relations with European countries in the political office of the movement (Mullah Abdul Haq Wathiq) held a meeting with the envoy of the Italian Prime Minister (Enrico Silway), where the latter promised not to close his country’s embassy in KabulAnd that the Italian ambassador will return soon.

For his part, the chief civilian representative of the North Atlantic Treaty Organization (NATO) in Afghanistan, Stefano Pontecorvo, who was coordinating the evacuation of civilians from this country, declared the need for dialogue with the Taliban.

Afghanistan: “Everything stopped in a few hours – A country without artists”