Olaf Schulz is the favorite to succeed Merkel 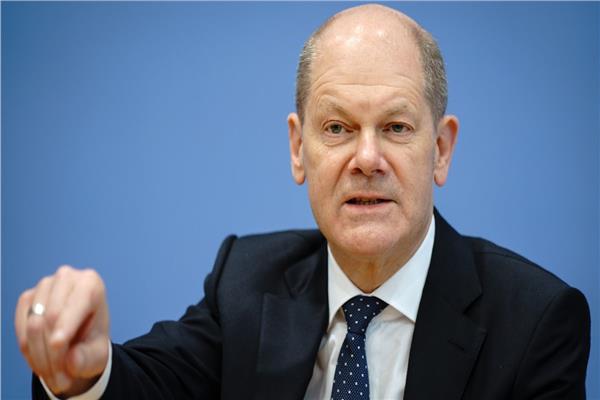 A few days later, the parliamentary elections in Germany will begin to choose members of the German parliament, “Bundestag”, and then the new German chancellor is chosen from among the candidates to succeed German Chancellor Angela Merkel, who led the country for 16 years. With the legislative elections scheduled for September 26 approaching.

The German Christian Democratic Union party has nominated the leader of the conservative party, Armin Laschet, while Olaf Scholz is competing for the Social Democratic Party, who held the position of Finance Minister and Deputy Chancellor in Merkel’s government, while the German Green Party presented its candidate Annalina Birbock in a first-of-its-kind move since its founding. Forty years ago, this time the party would play a central role in the upcoming elections.

In an exclusive interview with the Middle East News Agency in Berlin, Ayman Zbian, the independent candidate from the Central Berlin district, believes that Olaf Schulz, the candidate of the Social Democratic Party, is the most likely to win the title of German chancellor to succeed Merkel, due to his background as a prominent politician as Deputy Chancellor and Minister of Finance.

Zbian pointed to the importance of forming a strong Arab lobby and the importance of representing representatives of Arab origins in the German parliament and in German parties, pointing to the success of a number of parliamentarians of Arab origins in assuming seats in the Bundestag, such as Amira Mohamed Ali, who is of Egyptian origin and heads the Left Party and will have a great impact. In presenting different points of view on a number of issues of concern to the Arab community, both internally and externally.

He added that the presence of members of the German parliament of Arab origin can have some effect on issues of concern to Arab communities and issues related to the motherland and Germany, and contribute to the consolidation of new visions and points of view through our presence and representation in the Bundestag.

Zbian expected that there would be a coalition in Merkel’s government between the two major parties, the Christian Democratic Union and the Social Democratic Party, but this depends on the number of seats, alignments and damages, and all possibilities remain open and determined by the German voter.

It is indicated that the party must win more than 50% of the votes in the states, so the alliance between the parties is the norm, this means that two or more competing parties will form a coalition to rule the country together, that is why the parties often inform the potential partners alliance before the elections.

Small parties are also represented in Parliament in proportion to the number of votes they have been able to obtain, but each party must obtain at least five percent of the vote or three states to be able to enter Parliament.