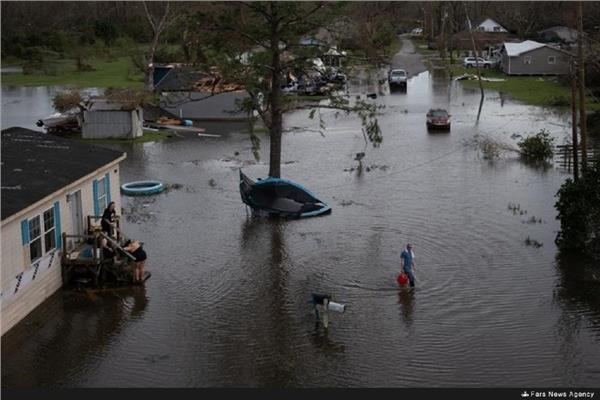 The death toll from Hurricane Ida, which hit the states of New York, New Jersey, Pennsylvania and Kinect Kat, has risen to 55.

“People were warned of the hurricane and asked to take shelter in their homes, but the problem was that it was not circulated in different languages,” New York State Governor Kathy Hauckol said, according to the American (Al-Hurra) channel today, Saturday, September 4th.

She added that due to the floods, the infrastructure was greatly damaged, especially the sewage system, noting the need to strengthen the proactive response in emergency situations, stressing at the same time that global warming has become a phenomenon facing the countries of the world.

The US government allowed ExxonMobil to exploit the strategic reserves of oil to replace gasoline production in Louisiana, after Hurricane Ida destroyed much of the state’s refining and oil production.

And the website of the Al-Sharq channel Bloomberg stated, that it stipulates that the company obtain 1.5 million barrels of crude oil from government emergency stocks, after President Joe Biden said, yesterday, Thursday, that the United States will use all available capabilities at its disposal in order to provide gasoline and relieve pressure on Prices at petrol stations.

“This is the first such use of the Strategic Reserve in 4 years, and underscores the President’s use of all of his available powers to promote an effective response and recovery in the region,” the White House said in a statement.

More than 90% of oil production continues to be suspended in the Gulf of Mexico 4 days after Hurricane Ida swept the region with winds of up to 150 miles per hour, as many refineries that represent about a fifth of the crude oil processing capacity in America are located. It left Louisiana running out of fuel, hampering relief efforts, and driving up gasoline prices across the country.

Kargina adds silver and raises the balance to 12 medals