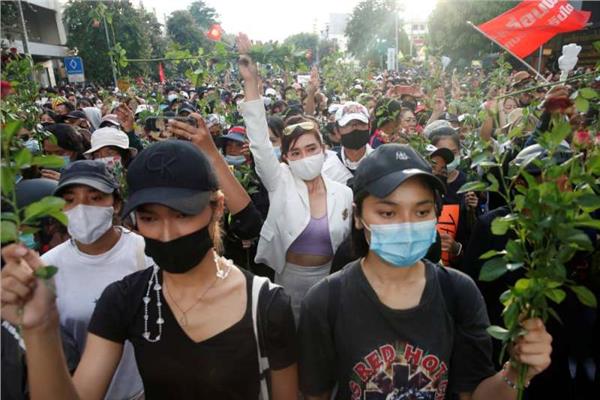 Pro-democracy protesters vented their anger in Bangkok on Saturday, September 4, after Prime Minister Prayut Chan-o-cha survived a vote of no-confidence in parliament.

“The government should go. If the situation was good, we wouldn’t have gone out to protest,” a 28-year-old protester told AFP.

Ahead of the march, police used shipping containers to block the main streets leading to the site that was declared a gathering point for protesters in Lumphini Park, in the center of the capital, where protesters were planning to demonstrate.

A heavy police presence was recorded in the city center, where riot police and a vehicle equipped with water cannons were deployed at the Ratchaprasong intersection, near major shopping centers.

This week, deputies discussed a motion to withdraw confidence related to the government’s handling of the Covid crisis and its management of the economy. Saturday was the last vote of no confidence since the 2019 elections.

The slow launch of Thailand’s vaccination program and the financial difficulties caused by the restrictions to contain COVID-19 have intensified political pressures on the Prayuth government.

The country is reeling from its worst economic performance since the 1997 Asian financial crisis, accompanied by a third wave of COVID-19 infections.

Prayuth defended his government’s response to the pandemic in Parliament earlier this week.

Russia will start building a new space station in 2027

Russia will start building a new space station in 2027