Eivor’s adventures in Assassin’s Creed Valhalla continue with the game’s second expansion, Siege of Paris. After the expedition to the Irish hinterland, the leader of the Raven Clan travels to the Frankish land of the 9th century AD in order to leave his mark on history there. The Siege of Paris promises, among other things, a new map to explore, plenty of content, epic battles and more stealth with the resumption of infiltration missions or blackbox missions as we saw them in Assassin’s Creed Unity and Syndicate.

At the center of the screenplay interest is again Eivor, who welcomes as guests to Ravensthorpe Pierre and Toka, two members of the Elgring faction that resides in France. Eivor finally accepts their offer to travel to the Frankish lands to assist in the siege of Paris and the overthrow of the vicious King Charles III. In short, the Siege of Paris offers a highly respected variety of characters. The ambitious but inexperienced shieldmaiden Toka, the rude and vengeful Jarl Sigfred, the patriotic Count Odo and the brutal monarch Charles the Fat (nickname) compose an exuberant mosaic of personalities with whom you interact. Another important aspect of the story is the exposing of the Bellatores Dei, a shadowy group of fanatical Christians.

Although Siege of Paris is clearly doing better than the first DLC Wrath of the Druids in terms of history, I can not say that I was particularly surprised. The truth is that I expected a lot more from this DLC because of the historical gravity that governs it. Do not forget that the siege of Paris by the Vikings has been the subject of chronic research by scholars of world history. Apart from that, unfortunately, not even in this DLC is there any reference or even a slight hint to the shocking events that take place during Valhalla. If you are waiting for reports or further answers for pieces of eden, Hidden Ones, Order of the Ancients, Isu, present day etc, stay tuned. So compared to the Origins and Odyssey DLCs that were great complementary additions, Valhalla DLCs for now are enough for low flights. We hope for something better in the next DLC that restores the mythological element we met in the main game with the return of Odin. 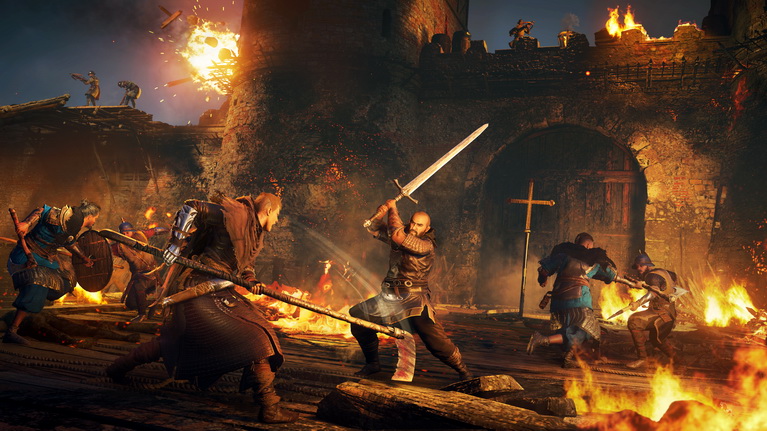 The map of the Siege of Paris includes parts of the Frankish countryside, small towns and villages, estuaries, forests, Roman ruins and of course Paris itself which, as you can see, has nothing to do with AC Unity’s Paris. It makes sense, after all. Although the new map is a new addition to the content, in the end it looks like a vast extension of Valhalla’s England. Beyond the city of Paris, somewhere you feel that you have seen all the scenery and landscapes. There is no difference in level design that makes you jump out of your chair. Even the map of Ireland in the Wrath of the Druids gives a wild beauty to the whole art. For the first time I dare to write that Ubisoft gets a low grade in its open-world game design, even if it is DLC.

The total duration of the main story is around 10 hours. From there, you can well invest your time in the various types of content available (looting, wealth, mini bosses, artifacts, mysteries, raids). In gameplay, the recommended power level for starting the DLC is 200. In case your power meter is higher, your game “matches” accordingly. In terms of customization, in addition to new skills such as controlling a la Plague Tale mice and armors sets that you collect by looting, the Eivor arsenal is enriched with huge scythes and one-hand swords (finally). In the field of missions, rebel and infiltration missions are new proposals. Rebel missions usually lead to open or stealth skirmishes where Eivor participates in the local resistance against the forces of Charles the Fat. Each time you complete such a mission, you increase the corresponding counter, earning profits such as silver, supplies, runes, uniforms, etc. 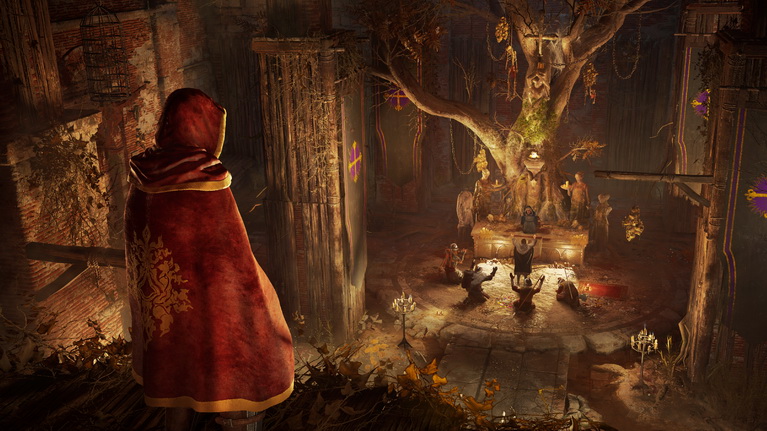 We work in the dark…

The return of the blackbox or better infiltration missions as predicted from the beginning is without a doubt the “salt and pepper” of the DLC. The truth is that I never understood why Ubisoft left them after Syndicate as I believe that their logic emphatically highlights the stealth core that the AC series should have. Finally. When you are called to kill an important target, you must first weigh and carefully observe the options around you. Usually launching an infiltration mission opens small penetration windows for you. For example, with a conversation you engage in through the dialogue system, you may be able to extract important information and thus discover a way or a way to stealthily approach your mission. By faithfully following the options that unfold around you, you unlock stylish execution modes accompanied by an impressive cutscene. Be careful only when moving in dungeons or galleries, since there are hordes of rats!

Assassin’s Creed Valhalla Siege of Paris DLC is another adventure of the legendary Eivor Wolf-Kissed. Through this you witness one of the bloodiest sieges in history and the expedition to France will not leave you complaining, especially if you like Valhalla. The story, the main characters, the multitude of activities and of course the infiltration missions are guaranteed fun. However, as an Assassin’s Creed fan, I expected a lot more from this DLC. See you next time. Skal!

PSG will never win the Champions League without Messi

Under the slogan “With vaccination, life continues.. The Ministry of Health launches the largest national vaccination campaign against Corona

Under the slogan "With vaccination, life continues.. The Ministry of Health launches the largest national vaccination campaign against Corona