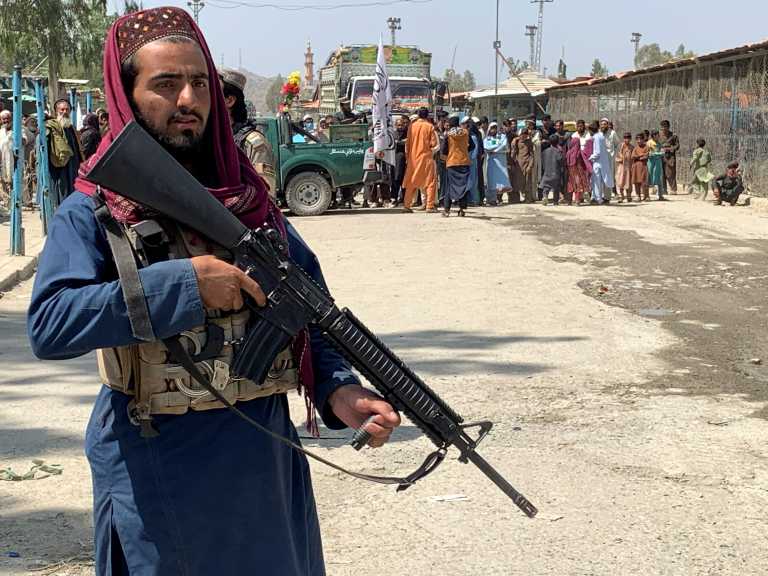 The Taliban may be celebrating their capture of Pansir by making the announcements, but the opposition forces in Afghanistan are denying it.

Former Vice President Amrullah Saleh, one of the leaders of the resistance forces, told Tolo News that reports that he had left the country were false. Speaking to another television channel, Shamshad News, he also denied that Pansir had fallen into the hands of the Taliban.

In a video posted on Twitter by a BBC World reporter who said it was sent to him by Saleh, the latter said: “There is no doubt that we are in a difficult situation. “We are under Taliban invasion. We held our positions, we resisted.”

He also wrote on twitter: “The resistance continues and will continue. I am here on my land, for my land and I defend its dignity “.

His son, Abdullah Saleh, also denied the fall of Pansir, saying “No, this is a lie”.

There have been reports of heavy fighting and casualties in Pansir, a rugged valley where several thousand fighters from regional militias and former members of the former government’s armed forces had gathered under the leadership of Ahmad Massoud, the son of ousted Commander Ahmadinejad.

Pansir is the province that was still resisting the Taliban after the overthrow of the Western-backed government.

“By the grace of Allah Almighty, we have control over all of Afghanistan. “The insurgents have been defeated and Pansir is now under our command,” said a Taliban commander.

The spokesman for the Islamist movement, Bilal Karimi, also stressed that the Taliban have full control of Pansir. “Pansir has come under full control of the Islamic Emirate,” he said in a Twitter post. It was not possible to immediately confirm the reports.

The Turkish newspaper Yeni Safak, citing its correspondent in Kabul, also reported the fall of Pansir to the Taliban, stressing that heavy fighting had broken out in the province earlier.

A source at the Kabul police headquarters also said that Pansir had been occupied by the Taliban. “The province of Pansir fell, all the people or soldiers of the resistance were captured by the fighters, (Vice President) Amroulah Saleh and (the leader of the resistance) Ahmad Massoud fled,” the source said.

The article Afghanistan: Refutes the resistance movement that the Taliban have taken over Pansir – Fierce fighting in the valley was published in Fourals.com.

Children escape from their families to the beaches through private flights!

Children escape from their families to the beaches through private flights!